“The lack of playdates…the world just got pulled out from under her,” Robert said. “The meltdowns got worse and worse — she could not cope.”

He described his daughter’s behavior as a “crisis situation.”

“I got this parenting book that said, ‘Hold your child through the tantrum.’ Well after an hour of meltdown [my daughter] was still trying to kill me and I said, ‘I need professional help.’”

But Robert would not receive professional help, because there was none.

When he started looking for places that could help his daughter, he quickly realized that few were taking new patients — and for those that were, the wait was at least two months. When their appointment came months later, the facility was so overburdened that he said someone who was primarily an administrator assessed his daughter, and this person “had no idea what to do.”

They left without resources or an action plan.

“It was horrible,” Robert said. “When the therapy failed we were like, now what? Do I want to start the search over again and get on someone else’s waitlist for three or four months?”

Robert, a tech executive, is one of many parents in the Triangle who can’t find mental health resources for their children or themselves. The pandemic and several other influencing factors have combined to turn the Triangle, with its wealth of hospitals and medical schools, into a mental health care desert.

In addition to the mental health toll that COVID-19 has wrought, additional drivers of mental health care shortages are many and complex, ranging from insurance practices to hiring challenges.

“We are calling this a ‘mental health tsunami,’” said Dr. Samantha Meltzer-Brody, chair of the Department of Psychiatry at the University of North Carolina School of Medicine. “And it’s something I spend a good amount of my days and nights thinking about.”

“We don’t have inpatient psychiatry beds. The ERs are filling up. It’s terrible,” she said. Among the increased demand is a rise in adolescent suicides.

According to Katie Galbraith, the interim head for community health and president of Duke Regional Hospital, the Duke Health system has seen demand for mental health resources rise 35% over the last two years. The current wait time for an intake appointment is six to eight weeks.

Capt. Brian D. Reitz of the Durham Police Department says that while several factors make it hard to track the increase in what classifies as a mental health-related call, there has been increased demand for the city’s Crisis Intervention Team (CIT), which handles issues like involuntarily commitments and behavioral health situations. In 2020, the unit had 459 calls for the year. As of July 28, that number was already at 475 for 2021.

Duke opened a new behavioral health center in April, aimed at accommodating 21,000 visits a year, up from 17,000 prior to its opening. It won’t be enough.

Galbraith says Duke has worked to create “multiple entry points” for patients who need mental health services. For example, patients can go through their primary care physician (PCP). However, the wait for PCPs is also lengthy. Robert says he was given a three-month wait with the Duke system to see a physician. An attempt to schedule an appointment using Duke’s appointment system yielded a similar wait time.

“At UNC we have increased the size of the clinical faculty by 10% over the last year…and are growing our outpatient presence by 20%,” Meltzer-Brody said. That is a feat considering that the shortage of trained mental health providers paired with increased demand makes it difficult to hire people immediately. The good news is that UNC saw more graduates enter psychiatry this year than in any graduating class in history. The issue is the limited number of residency spots across the country.

In addition to surges in anxiety- and depression-related treatment, Dr. Melissa Yao, a psychologist, has seen a surge in demand from Asian Americans dealing with trauma around discrimination as a result of rhetoric like “the China virus.” Her caseload is full.

“A lot of folks have felt unsafe…. It’s brought up previous instances where they were bullied in the past for being Asian and it’s bringing up issues around identity,” Yao said. “I’ve definitely seen more of that [since the pandemic began]. Every time I get an email from someone looking for an Asian therapist I think, ‘Maybe I can add an hour.’ But I just can’t. I have no more room in my schedule.”

Yao also thinks that the isolation resulting from the pandemic has surfaced mental health issues that were previously easier to deal with or ignore.

Another roadblock compounding the shortage are licensing and insurance requirements.

Like many private practitioners, Yao does not accept insurance (outside of being in-network with Blue Cross Blue Shield). Yao says that, increasingly, independent therapy practices have stopped taking insurance because carriers deny as many claims as possible, and impose stringent parameters that make sufficient earnings nearly impossible.

“[A practioner] could be on the phone for hours with an insurance company for one claim, and it’s just not worth the time,” she said.

A therapist who can’t find a therapist

Laura Toptine, who was born and raised in Durham, is a therapist who can’t find a therapist.

She has struggled with anxiety and depression for much of her life. When the pandemic hit, she was left to care for her toddler at home full-time while also working; her husband was a frontline worker who could not work remotely.

She turned to online groups, like parenting groups, to get recommendations on therapists, and began making phone calls.

She was never able to find a therapist who was affordable or took insurance and was taking new patients.

“After all the whittling down — I had been looking for two months — my motivation and willingness to follow through with it just completely went away. It took so long I just said, ‘I’m done.’”

The arrival of the delta variant has added another anxiety-inducing item to Toptine’s plate.

“My daughter is only 3 so she won’t be eligible for a vaccine for a long time, which creates stress and anxiety,” she said. She has enrolled her daughter in preschool, and, “There’s this thought in the back of my mind — what if it hits her preschool? Or what if she has it, and we don’t know, and we see grandma and grandpa and give it to them?”

In her own practice, she has seen the ways the pandemic has put people battling mental health challenges in more dire situations.

“When the pandemic first started I was primarily working in community-based mental health and working in a domestic violence shelter. There was a big influx of people needing help because they were quarantined at home with their abusers,” she said.

Based on her professional experiences, there is a different kind of dead end for those who can’t get help early on.

“Clients will have something acute and manageable and they are able to deal with it initially, but as time goes on and the condition gets worse…it gets to the point where it’s not manageable anymore,” she said. “Three months later, what was once manageable becomes a crisis episode. And since there are no resources, they go to the ER. And then they get billed.”

One of the many reasons this model doesn’t work is that hospitals are often “stabilization-based,” meaning the goal is to get a patient “stabilized” (for example, not suicidal) and then release them, rather than create a path to long-term recovery. “And sometimes the hospital will connect them with resources, and sometimes they won’t,” Toptine said.

Health care association calls it a “state of emergency”

In June, the North Carolina Healthcare Association sent a letter to Gov. Roy Cooper, Senate leader Phil Berger, and Speaker of the House Tim Moore to declare that North Carolina “has reached a state of emergency.” The letter pointed out that between December 2019 and December 2020, the number of children discharged from hospital emergency rooms with mental health conditions had increased by 70%.

“We have to get in front of this and not keep booting this down the road before it causes long-term problems,” she said. “There has to be a call to arms…we need to be able to partner with the state to come up with a cogent plan to free up resources.”

She cited a recent “massive mental health bill” passed in Colorado, a result of such a collaboration, that allocates resources to address the state’s mental health crisis.

“We have made a significant investment to address this crisis. That said, the volume remains greater than we are able to absorb…,” Meltzer-Brody said. “It’s gotten so bad, perhaps the time is now to really do some good.”

Jane Callahan is a freelance writer. 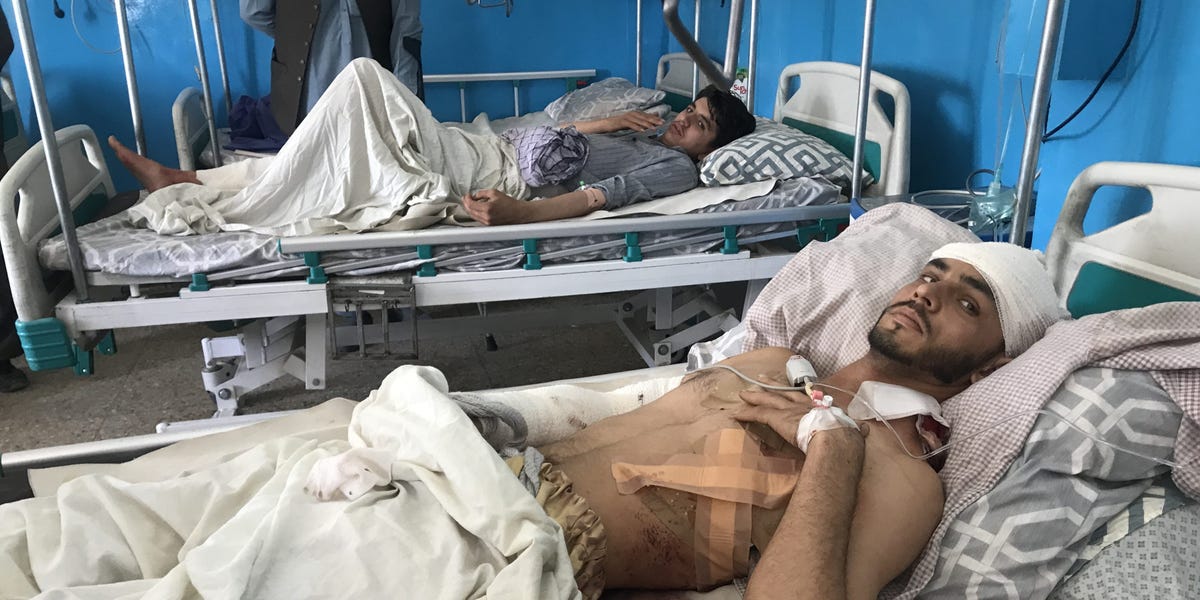 Afghanistan’s Health System Might Collapse, Warns WHO and Ministers 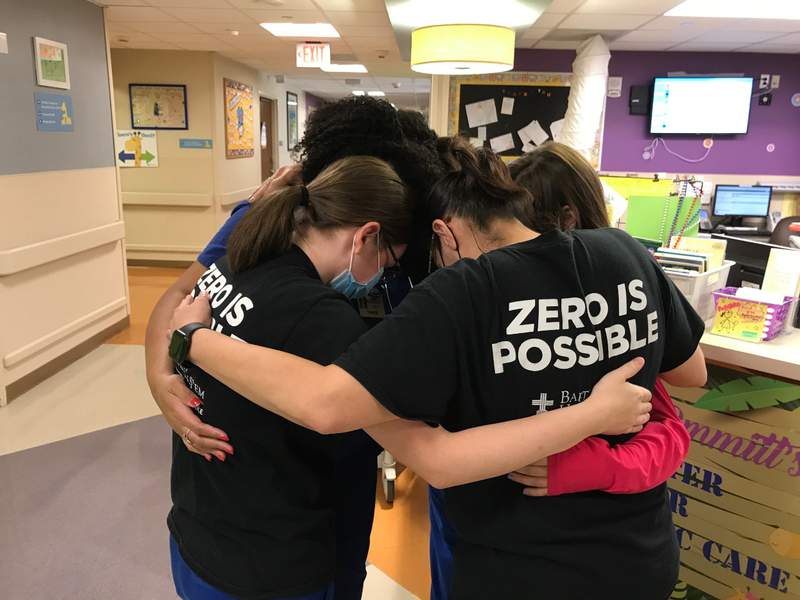 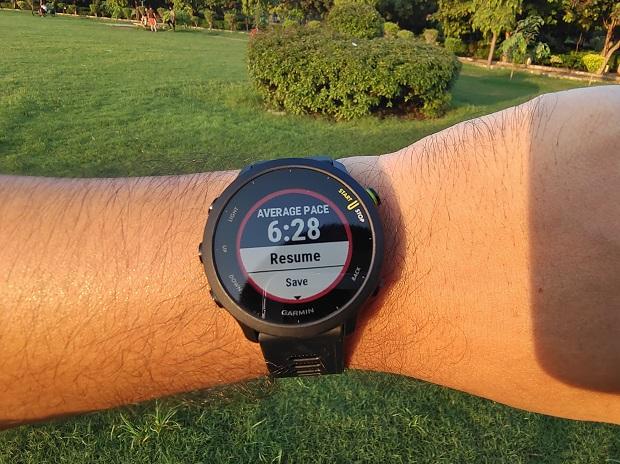